The document below has been leaked. It is still in draft form, but it indicates that the EU and Ethiopia are close to signing a deal to ensure that Ethiopians who have not been granted refugee status can be forcibly returned to Ethiopia.
Martin

In view of the meeting of the Working Party on Integration, Migration and Expulsion on 6 December 2017, delegations will find attached the above draft EU admission procedure.

ANNEX
DRAFT ADMISSION PROCEDURES FOR THE RETURN OF ETHIOPIANSFROM EUROPEAN UNION MEMBER STATES
The Government of the Federal Democratic Republic of Ethiopia and the European Union (EU) agreed on the Admission Procedure applicable only for Ethiopian nationals who are illegally present in the EU Member States (EUMS).[1]
This Procedure will be applied to voluntary and non-voluntary returns in full compliance with the human rights of Ethiopian nationals provided under relevant international instruments.
Section 1: General Provision
Section 2: Required Travel documents
The following shall constitute valid travel document within this framework
Section 3: Issuance of Laissez-passer

Posted by Guihon at 8:48 AM No comments:

At least 61 people have been killed in clashes between different ethnic groups in Ethiopia's Oromia region since Thursday, officials said.
It is not clear what caused the latest violence between ethnic Somalis and Oromos.
But it comes after soldiers shot dead 16 ethnic Oromos at a protest on Tuesday, reports Reuters news agency.
Ethiopia's Oromia and Somali regions share a long internal border and in the past have fought over grazing land.
Oromia government's spokesperson, Adisu Arega, announced the deaths on his Facebook page.
He said 29 ethnic Oromos were killed between 14 and 17 December and 32 ethnic Somali Ethiopians were killed in revenge attacks.
He added that the clashes happened in the region's Hawi Gudina and Daro Lebu districts.


What is behind the long-running conflict?

Oromia and Somali are, respectively, the two largest regions in the country by area size. Oromos are Ethiopia's biggest ethnic group - making up about a third of Ethiopia's population while Ethiopian Somalis make up just 6% of the population.
Historically, the relationship between Somalis and Oromos has been characterised by territorial competition which often leads to disputes over resources, including wells and grazing land.
These conflicts can cause the displacement of tens of thousands of people.
In 2004, a referendum to decide on the fate of more than 420 kebeles - the country's smallest administrative unit - gave 80% of them to Oromia.
Following the outcome, tens of thousands of ethnic Somalis reportedly fled the areas for fear of repercussions.
The decision has still not been implemented and this is one factor behind the current conflict.
Posted by Guihon at 6:32 AM No comments: 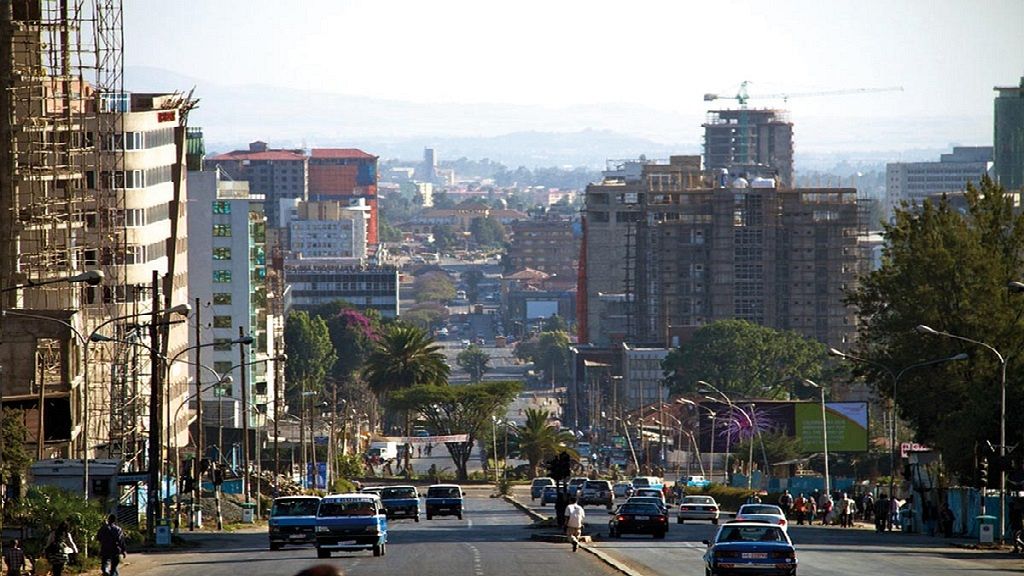 The United Kingdom on Tuesday December 5, reviewed its travel advice to citizens in Ethiopia citing the killing of a German tourist last Sunday (December 3.) They disclosed that security presence had been increased in the area where the incident took place.
The Ethiopian government on Tuesday confirmed the death of a German tourists whiles his Ethiopian tour guide also sustained injuries. Addis Ababa said a probe was underway to ascertain the circumstances around the incident.
“The perpetrators of the attack are being sought by security forces,” Information Minister Negeri Lencho told Reuters.

There is now an increased military and police presence in the area; travel may be disrupted and entry to some sites may be prohibited at short notice.

The U.K. travel alert was categorized in the area of ‘Safety and security’ and read as follows: “On 3 December 2017, a German tourist was shot and killed in an Ethiopian guide shot and wounded while sightseeing at Erta Ale, in the Danakil area of the Afar region of north-east Ethiopia.
“There is now an increased military and police presence in the area; travel may be disrupted and entry to some sites may be prohibited at short notice; if you’re in the area, exercise caution and follow the advice of the local authorities.
“You should only travel to this area with a recognised tour company – such tours are normally supported by an armed police or military escort,” it concluded.
The Afar province which borders Eritrea has long been prone to banditry and separatist rebels have operated there. Addis Ababa has said the rebels are backed by its northern neighbour, with whom it is at odds over an unresolved border dispute.
Five European tourists were killed and two others kidnapped alongside two Ethiopians in the same region in 2012, in an incident claimed by a group that has carried out sporadic attacks for over a decade.
The Afar Revolutionary Democratic Unity Front (ARDUF) has fought a low-key insurgency to carve out a homeland from Ethiopia, Eritrea and Djibouti.
Five years earlier, another five Europeans were kidnapped in the province – a barren, searingly hot corner of the Horn of Africa country where rocky hills rise above vast deserts below sea level.
Posted by Guihon at 3:55 AM No comments:

A German tourist was shot and killed in northeastern Ethiopia stratfor.com/

A German tourist was shot and killed in northeastern Ethiopia while visiting the Erta Ale volcano, BBC News reported Dec. 5. It remains unclear who conducted the attack and the government is investigating the incident. In 2012, five tourists were killed and four others were abducted in the same area, with the Afar Revolutionary Democratic Unity Front claiming responsibility for the attack. Ethiopia has long been one of the most stable and influential countries in East Africa.
Posted by Guihon at 2:49 AM No comments: