The reforms by the country’s new prime minister are clashing with its flawed Constitution and could push the country toward an interethnic conflict.

By Mahmood Mamdani
Mr. Mamdani is the director of the Institute of Social Research at Makerere University in Kampala, Uganda, and a professor at Columbia University. 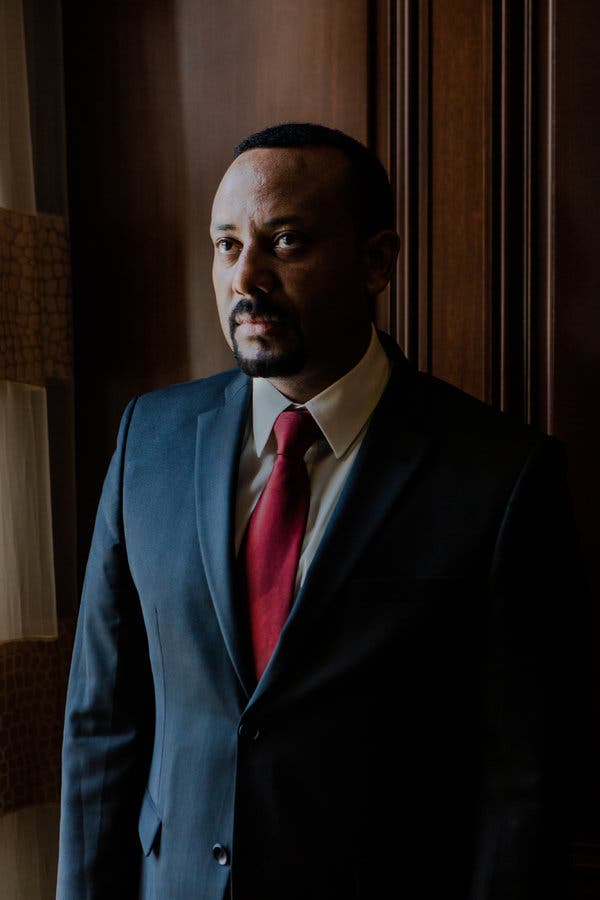 Mr. Abiy has been celebrated as a reformer, but his transformative politics has come up against ethnic federalism enshrined in Ethiopia’s Constitution. The resulting clash threatens to exacerbate competitive ethnic politics further and push the country toward an interethnic conflict.
The 1994 Constitution, introduced by Prime Minister Meles Zenawi and the Ethiopian People’s Revolutionary Democratic Front governing coalition, recast the country from a centrally unified republic to a federation of nine regional ethnic states and two federally administered city-states. It bases key rights — to land, government jobs, representation in local and federal bodies — not on Ethiopian citizenship but on being considered ethnically indigenous in constituent ethnic states.
Ethnic mobilization comes from multiple groups, including Ethiopians without an ethnic homeland, and those disenfranchised as minorities in the region of their residence, even if their ethnic group has a homeland in another state.
Ethnic federalism also unleashed a struggle for supremacy among the Big Three: the Tigray, the Amhara and the Oromo. Although the ruling E.P.R.D.F. is a coalition of four parties, the Tigray People’s Liberation Front representing the Tigray minority has been in the driving seat since the 1991 revolution. The Amhara, dominant before 1991, and the Oromo, the largest ethnic group in the country, complained they were being treated as subordinate minorities.
When the government announced plans to expand Addis Ababa, the federally run city-state, into bordering Oromo lands, protests erupted in 2015. The Amhara joined and both groups continued to demand land reform, equal political representation and an end to rights abuses.

Prime Minister Haile Mariam Desalegn, who took office in 2012 after the death of the long-term premier and Tigray leader Mr. Zenawi, responded brutally to the protests. Security forces killed between 500 and 1,000 protesters in a year. Faced with a spiraling crisis, the ruling E.P.R.D.F. coalition appointed Mr. Abiy, a former military official and a leader of the Oromo People’s Democratic Organization — a constituent of the ruling coalition — as prime minister.
Mr. Abiy’s reforms have been applauded but have also led to greater ethnic mobilization for justice and equality. The E.P.R.D.F.’s achievement since 1991 was equal education for girls and boys, rural and urban, leading to greater prominence of women, Muslims and Pentecostal groups. 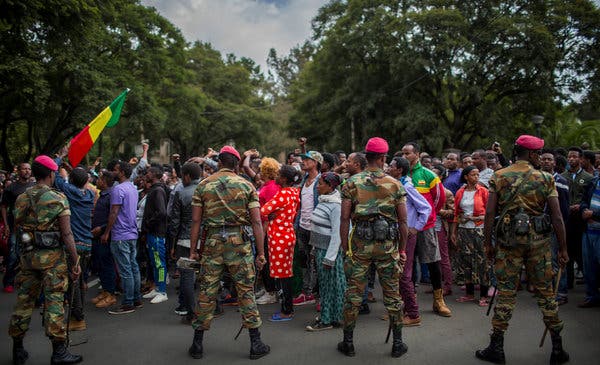 The recent reforms of Mr. Abiy, who was born to a Muslim Oromo father and an Orthodox Amhara mother and is a devout Pentecostal Christian, have further broadened political participation to underprivileged groups.
Mobilization of ethnic militias is on the rise. Paramilitaries or ethnic militias known as special police, initially established as counterinsurgency units, are increasingly involved in ethnic conflicts, mainly between neighboring ethnic states. A good example is the role of the Somali Special Force in the border conflict with the Oromia state, according to Yonas Ashine, a historian at Addis Ababa University. These forces are also drawn into conflicts between native and nonnative groups.
Nearly a million Ethiopians have been displaced from their homes by escalating ethnic violence since Mr. Abiy’s appointment, according to Addisu Gebregziabher, who heads the Ethiopian Human Rights Commission.
Fears of Ethiopia suffering Africa’s next interethnic conflict are growing. Prime Minister Abiy himself is constantly invoking religious symbols, especially those linked to American Protestant evangelical megachurches, and has brought a greater number of Pentecostals into the higher ranks of government.
Ethiopians used to think of themselves as Africans of a special kind, who were not colonized, but the country today resembles a quintessential African system, marked by ethnic mobilization for ethnic gains.
In most of Africa, ethnicity was politicized when the British turned the ethnic group into a unit of local administration, which they termed “indirect rule.” Every bit of the colony came to be defined as an ethnic homeland, where an ethnic authority enforced an ethnically defined customary law that conferred privileges on those deemed indigenous at the expense of non-indigenous minorities.
The move was a response to a perennial colonial problem: Racial privilege for whites mobilized those excluded as a racialized nonwhite majority. By creating an additional layer of privilege, this time ethnic, indirect rule fragmented the racially conscious majority into so many ethnic minorities, in every part of the country setting ethnic majorities against ethnic minorities. Wherever this system continued after independence, national belonging gave way to tribal identity as the real meaning of citizenship.
Many thought the Tigray People’s Liberation Front, representing a minority in the dominant coalition, turned to ethnic federalism to dissolve and fragment Ethiopian society into numerous ethnic groups — each a minority — so it could come up with a “national” vision. In a way it replicated the British system.
But led by Mr. Zenawi, the T.P.L.F. was also most likely influenced by Soviet ethno-territorial federalism and the creation of ethnic republics, especially in Central Asia. Ethiopia’s 1994 Constitution evoked the classically Stalinist definition of “nation, nationality and people” and the Soviet solution to “the national question.”
As in the Soviet Union, every piece of land in Ethiopia was inscribed as the ethnic homeland of a particular group, constitutionally dividing the population into a permanent majority alongside permanent minorities with little stake in the system. Mr. Zenawi and his party had both Sovietized and Africanized Ethiopia.
Like much of Africa, Ethiopia is at a crossroads. Neither the centralized republic instituted by the Derg military junta in 1974 nor the ethnic federalism of Mr. Zenawi’s 1994 Constitution points to a way forward.
Mr. Abiy can achieve real progress if Ethiopia embraces a different kind of federation — territorial and not ethnic — where rights in a federal unit are dispensed not on the basis of ethnicity but on residence. Such a federal arrangement will give Ethiopians an even chance of keeping an authoritarian dictatorship at bay.
Mahmood Mamdani is the director of Makerere Institute of Social Research in Uganda, a professor of government at Columbia University and the author of “Citizen and Subject: Contemporary Africa and the Legacy of Late Colonialism.”
Posted by Guihon at 2:19 AM